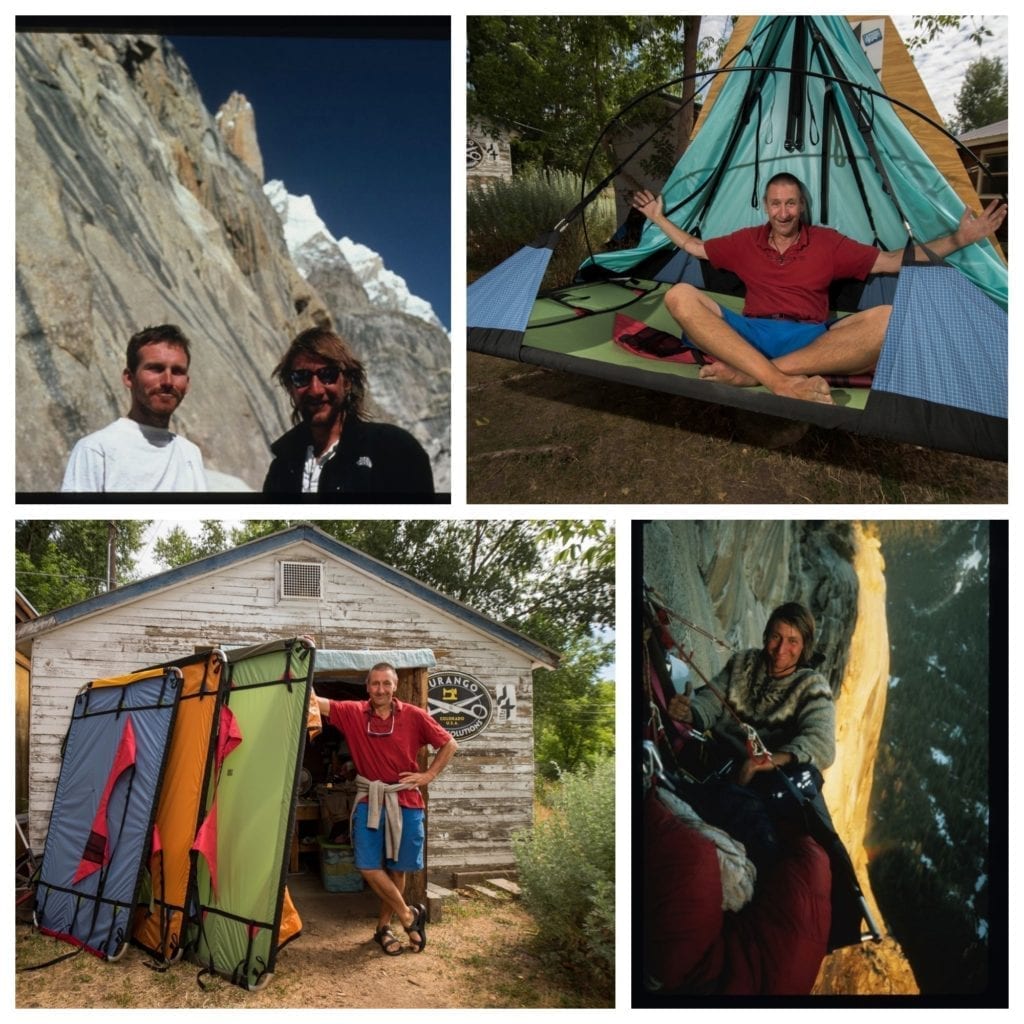 On Episode 142 of the Enormocast, I sit down in a wide open and relaxing space in SLC to talk to big wall legend, John Middendorf of Sambla AS. John disappeared to Tasmania after single-handedly changing big wall climbing in the 1990s. Previously, porta-ledges afforded respite from the vertical, but could not hold any serious storm at bay. John’s designs at his company A5 lead the way to a ledge that could handle nearly anything the weather could throw at it.  Armed with this shelter, climbers could cast off into the upward void for as log as it took come rain, shine, sleet, or snow. John himself took the ledge to the great ranges, putting up The Grand Voyage on Great Trango Tower with Xaver Bongard, perhaps still the hardest wall route in the world. Now he’s back in the designing game with the new D4 Ledges. And a shout-out to Rock Steady Body Works for the recording space.