On Epsiode 66, I sit down in a dumpy hotel in SLC with Angela Van Wiemeersch. Angela’s story began on the sharp blades of competition skating and came full circle when she strapped on crampons for the first time. In the meantime, we hear about a whirlwind life crisscrossing the US and Canada as a traveling soul, hunkering down in the Yukon winter, and finally getting a lucky date in the Ouray Ice Park. Angela’s entry into the hardcore world of ice climbing belies its fierce reputation. And though she has a lot to learn, swinging picks came as natural as hucking double axels.

Angela on Mt Hayes in Alaska 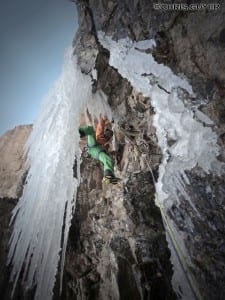 On Episode 45 of the Enormocast, I sit down with kayaker slash ice climber Aaron Mulkey. With the strength of 10 men, Aaron attacks both first descents and first ascents with zeal and unwavering psyche. Aaron admits that he’s a bit of an adrenaline junky and a lucky optimist that gets in over his head once in a while. In addition, I tell the tale of my near death at the hands of the screaming barfies. Good times at the Rodeway Inn. 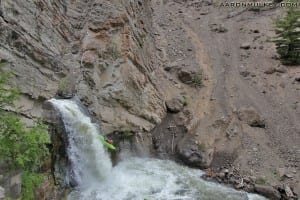